Festivals of India which everybody should see at-least once 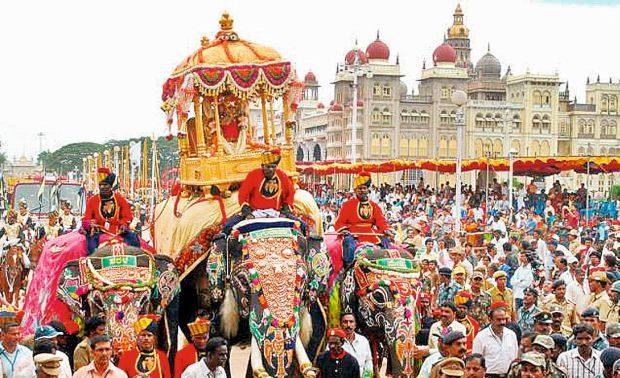 India is a country of many festivals. The vast ethnic diversity of our country accounts for the many religious festivals of India which are celebrated with great fervor. For a country which has more than 80% of its population following Hinduism, there are many important festivals, but not all festivals are religious in nature, and not all festivals are much heard of. There are also festivals which are celebrated publicly with lots of pomp and glory. Here is a look at 6 Unique Festivals of India that one should definitely try to be a part of: 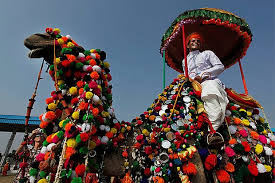 The Pushkar Camel Fair is India’s largest tribal gathering by far. It is the most famous festival of Rajasthan and attracts over 2 lakh people every year. The festival goes on for 5 days and ends on the full moon of the lunar month of Karthika since that is the day when people believe Lord Brahma gave birth to the Pushkar River. The festival takes place along the banks of Pushkar Rive in the town of Pushkar, which is 2 hours away from Jaipur. It is primarily a livestock festival, with camels being the chief animal of the festival. Farmers gather around from different parts of the state to trade livestock. The annual festival begins with a camel race, and then it is a 5-day marathon of music, dance, and many competitions like “the biggest mustache competition” and the “Matka Phod”. There is traditional Rajasthani vegetarian food served for the duration of the festival, and one can easily find accommodation in the town. 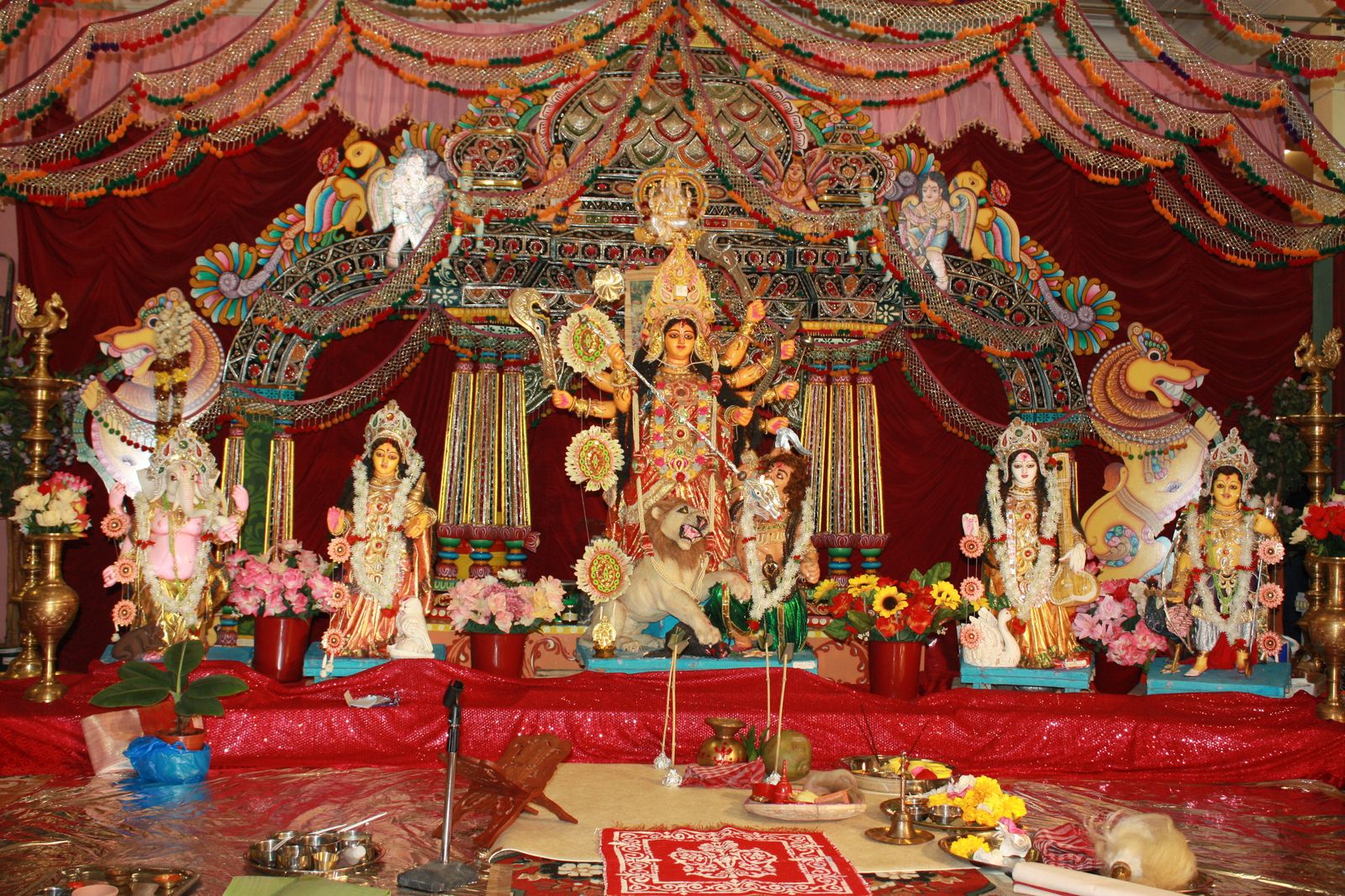 Durga Puja is the biggest festival of West Bengal and Assam. It is a festival that celebrates the victory of Goddess Durga over the Buffalo demon Mahishasura and is, therefore, a celebration of the victory of good over evil. The annual festival is celebrated for six days and ends on the day of Vijayadashami. Deities other than Durga that is worshipped during the festival are Shiva, Saraswati, Ganesh, Lakshmi, and Kartikeya. Durga Puja is famous for its pandals, which are beautifully fabricated structures used to revere deities and is symbolized by the streets flooding with women wearing the traditional red and white Bengali sarees. It is also celebrated in UP, Bihar, Gujarat, Karnataka, Kerala, Madhya Pradesh, and New Delhi. A holler of music and hymns overflows in the streets for the duration of the festival in Kolkata, where it is celebrated most widely. 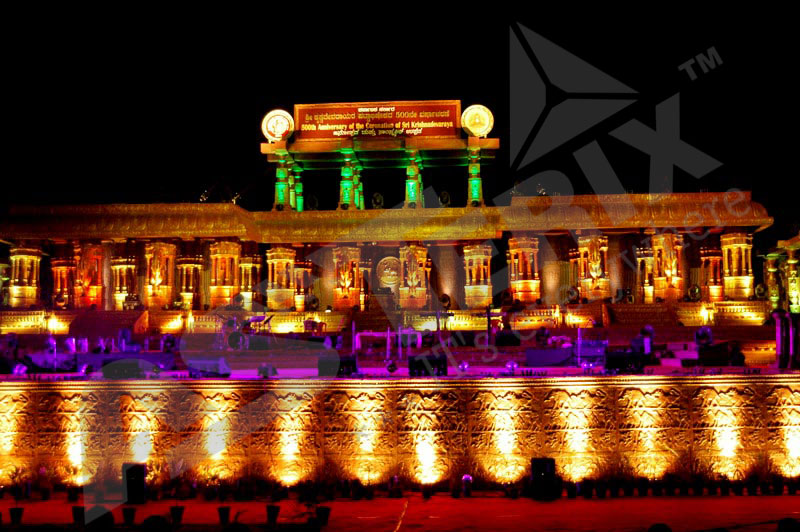 Hampi Utsav is an annual three-day festival during the first fortnight of January in the small town of Hampi in Karnataka. Being celebrated since the Vijayanagar period, it is one of the oldest festivals in India. The Vijayanagar period era was known for its prosperity, peace and rich culture. Hampi Utsav is a festival that brings back the charm of the Vijayanagar period for the three days of its celebration. The town of Hampi is a canvas of bright colors during the Hampi festival, with beautiful handicrafts being displayed in the festival. It is also famous for puppet shows and artistically decorated elephants, horses, and men. The leather puppets and musical instruments like drums and pipes are made by hand by the craftsmen, and the air is filled with melodies and symphonies that used to prevail in the old times.

4. Mysore Dussehra – Feast for the Eyes

Mysore Dussehra or Dasara is a 10-day festival which concludes on the day of Vijayadashami every year. It is the day when the demon Mahishasura was defeated by Hindu Goddess Chamudeshwari. Although Dussehra is celebrated all over the nation, the extravagance and scale at which it is celebrated in Mysore are mesmerizing. The city has been celebrating the festival for over 400 years, and countless tourists visit the city every year to be a part of the festivities every year. The biggest attraction of the celebration is the lighting of the Mysore Palace. The beautifully lit palace is truly a spectacle to watch for the entirety of the 10 days of Mysore Dasara, and one can never tire his eyes off the dazzling sight. The procession on the last day is the most important event where an idol of Goddess Chamundeshwari is placed on a decorated elephant and taken along the city. Nagaland has many tribes living in it. All tribes have their own festivals, which has led to the state being called the Land of Festivals. The Hornbill Festival is called the festival of festivals due to its grandiose celebrations. The State held festival lasts for a week (usually the first week of December) and was started in 2000 as a means to preserve as well as uplift the rich cultural heritage that the tribes of Nagaland have to offer to the rest of the country. It is named after the colorful Hornbill bird, which features in the folklore of many of Nagaland’s tribes. Held in Naga Heritage Village, the festival brings together the people of Nagaland as they enjoy the colorful performances, sports events, crafts displays, food fairs, and other ceremonies. It is a platform for artists to showcase their sculptures, painting and wood carvings.

6. Holi in Vrindavan – Colors of Divinity 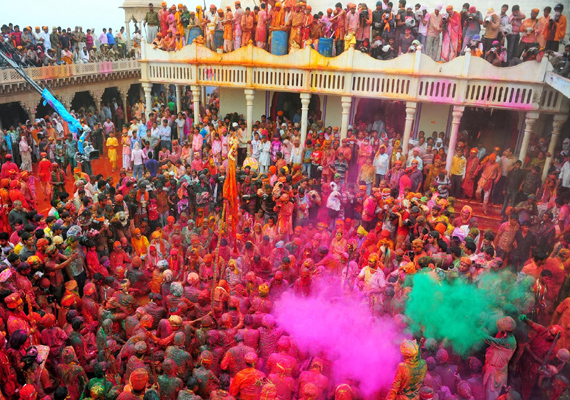 Holi is one of the most important festivals of India. Called the festival of colours, it is celebrated during spring each year. Although it is a national festival and celebrated with great fervour in all parts of the country, even in other countries for that matter, it is celebrated with greatest enthusiasm in Vrindavan, where the celebrations last for a week. The festival begins with burning of Holika the night before the festival, which symbolises the victory of good over evil. People spend the next day applying colours on anyone and everyone. It is a festival of love and happiness, and since Vrindavan is the land of Lord Krishna, people have a strong bond with the festival. Each major temple in the city celebrates the festival on different days. Legend has it that the playing with colours stemmed from Lord Krishna colouring his childhood love Radha’s face with colours due to being jealous of her fair complexion, and so the festival is celebrated with people colouring each other.

Next Story
Adi Shankaracharya : The Incarnation of Supreme Wisdom 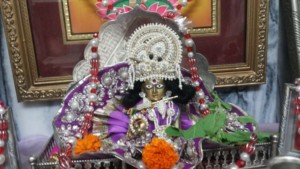 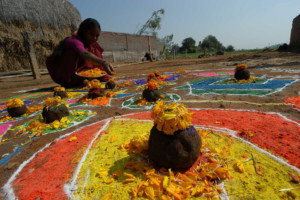 Celebration of any festival in India, is not superstition or faith. There is a meaning behind every festival. Here I am analyzing the... Raksha Bandhan or Rakhi is not one of those Hindu festivals that have been newly embraced by people. Its existence, albeit, has been since...