The Reang Tribe of Tripura 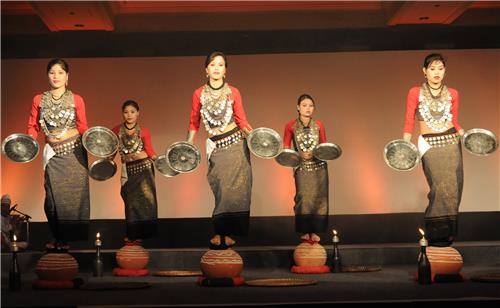 The Reang is a bucolic tribe, and one of the 21 scheduled tribes of the state of Tripura. A small mistake by the Indian government during a census count gave the tribe its new name as Reang, as the original and traditional name that these people have been using to recognize themselves with is Bru. They are the second largest tribe of Tripura after the Tripuri tribe. Although they are native to the state of Tripura, they can also be found in neighboring states of Mizoram, Assam, and Manipur. As with many other tribes belonging to the north-east region of India, the Bru have Mongoloid features. They can be distinguished from other tribes by their attire and dialect. Although their dressing is quite simple, the hand woven clothes for men, the Rnai (wraparound for covering the body waist-down) and Risa (covering the torso), they are very colorful. They speak the Kau Bru language which is of Tibeto-Burmese origin.

Origin and Structures of Reang tribe 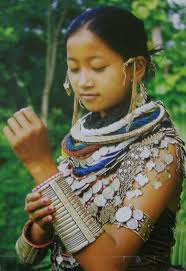 The history of the origin of this tribe is quite a tale. The legend has it that the tribe first came into existence when a banished Tripuri prince founded a state in the Mayani Thalang area of Lushai hills and crowned himself king. The people of this tribe maintain cordial relations with Tripuris and the throne of Tripura, and that loyalty is said to have risen from the Queen’s kindness to the chiefs when they requested the Tripura king for asylum. The lore goes on to say that the Queen offered the chiefs with breast milk in a large brass pan as a notion to establish the parent-child relationship and the brass pan is still preserved by the Reangs after all those years.

The Bru clans are divided into the Maeska and Molsoi groups, both of which are sub-divided into seven and six more groups respectively. These 13 divisions have two heads each, the Rai (chieftain) and Kaskau (chief minister). They form the societal as well as the judicial structure of the clans. The village system of settling disputes by meetings between the officials is adopted by the Reang as well, with the Rai and Kaskau of the respective sub-tribes passing the judgment. Although the tribe adopts the village judicial system, they do not inherit the reluctance of traditional villagers to implement new values. They are different from many Indian tribes in being rather open-minded, allowing for inter-caste marriages, prohibiting polygamy, and even allowing widow remarriage after a mourning period of one year. The modern thinking of the Reangs have even led them to get government jobs or even open businesses, and not simply continuing the ancestral practices of Jhum cultivation.

Art: The extension of the soul 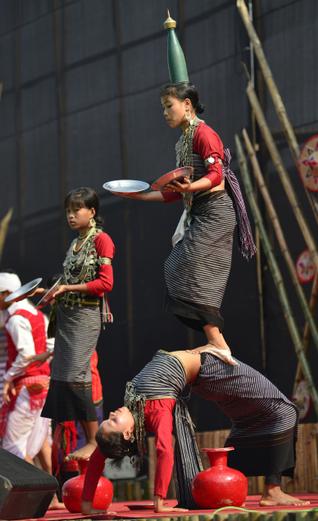 Art and culture form an integral part of any civilization. Even before tribes form a structure and practices for themselves, they begin indulging in art and craft. The Reang is no different in that. Like most tribes, they have traditional dances, out of which the Hojagiri is the most renowned and widely known. It is performed on the festival of Lakshmi Puja, and is used to exhibit the entire Jhum cultivation. Males are restricted to singing and playing the music, while women and girls indulge in dancing. The dance is quite an artistic performance, for it involves only slow hip and waist movement. The upper body does not move at all, for the dancers balance bottles or earthen lamps on their heads. The craft of Reang consists of women weaving the clothes for the men and themselves. The dress is of a multitude of colors. The women are fond of ornaments like flowers and cosmetics.

Speaking of their religious beliefs, the Reangs were primarily Vaishnavis, but there are many Christians among them as well. The tribe has been subject to forced conversion to other religions in the past and now forms a somewhat diverse ethnic group. They are similar to Tripuris in being polytheists. Worshipping style of the Reang is also similar to Tripuris, with a priest or Okchai performing the rituals. A green bamboo pole serves the purpose of the idol, and offerings to the deities are made to the bamboo pole. There are customs for celebrations of different types of celebrations as well. Marriages are carried out when the match is made by the Andra. The marriage is then performed by the Okchai. The birth of a baby is followed by different kinds of pujas like Abu suma, Khongkhonok kama, Bachao kama. The Reang cremate their dead. Prior to cremation, a fowl is sacrificed at the foot of the deceased, after which a pot filled with rice and fish is placed at the feet of the deceased. The night is spent in performing dancing rituals, and rice beer is served to everyone except the family of the deceased.

The Reang have continued to thrive to this day. Their numbers were as high as 1.65 lakhs in Tripura, according to the 2001 census, and are among important tribes of India. In their customs and values, they are a shining example of how a tribe can balance its cultural and traditional values along with adopting the thinking of the new world. They have been showing the way to villagers and city dwellers for a long time, and their rich and pragmatic thinking will surely maintain their status in the society for many more years.

Next Story
“Cool it down with a Thandai” 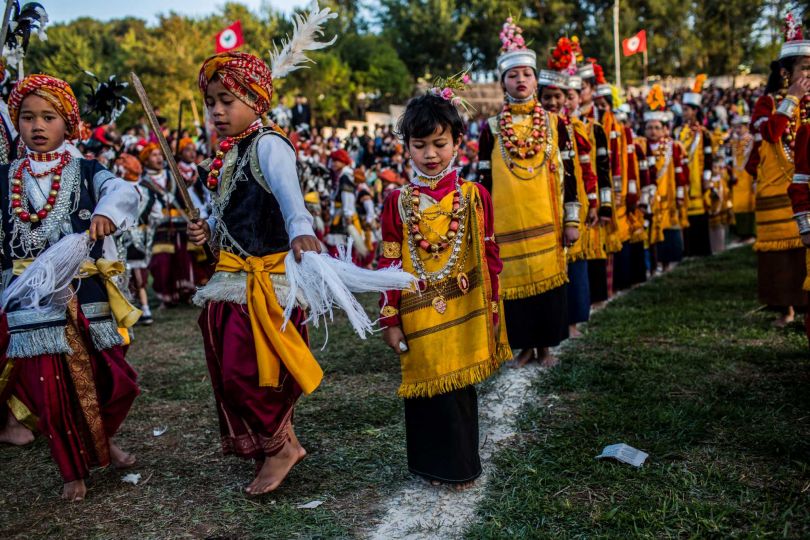 The Khasi Tribe-Where Women are the Rulers…

Residing in the Meghalaya state of North East India, and a small number living in Assam and Bangladesh, the Khasi tribe people are thought... 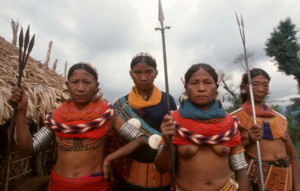 The Nagas are an old warrior tribe, which according to the myths are of Mongoloid origin. They had probably migrated from the border... 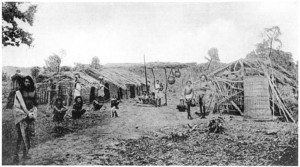 One of the primary tribes of India, the Baigas, are semi-nomadic Dravidians living in the states of Madhya Pradesh, Uttar Pradesh,... Do you remember the snake charmer in the village or movie? With a colorful turban, round cane box with a snake inside, and a pungi (musical...

3 Replies to “The Reang Tribe of Tripura”